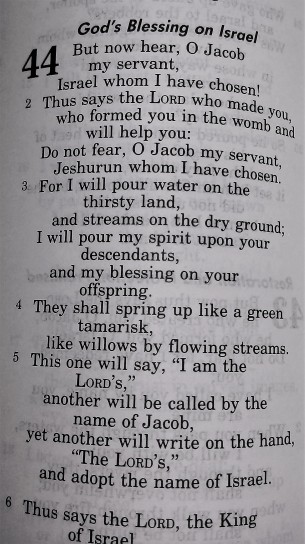 I had this idea, a while ago, to have a memorial service for…I’m still not sure. For the children I’ll never have? For my loss of the ability to be a biological mother? For my hopes and dreams of biological motherhood? For the things that prevent me from being a biological mother? I think it was all of that and more. (I specify “biological” mother because I still hope to adopt in the future.)

There is not, however, any kind of ceremony, rite, or ritual (at least in our culture) for a community to acknowledge a woman who has lost her ability to have children. Women are expected to grieve that on their own, and often, we don’t even talk about it. The few support groups that exist are for women with infertility who are desperately trying to conceive. That isn’t me. What I wanted was support for the process of accepting, healing, and moving on from the loss of fertility– and there was simply no one talking about that. So I decided to create that for myself, and I chose to do it with a memorial service. I asked my priest, Beth+, to help me do this.

At first, I wanted complete control over the whole thing. I even wrote a liturgy and a service leaflet based on the funeral liturgy in the Book of Common Prayer. I found quotes from Scripture and hymns, I made it exactly how I wanted it. I hand-painted a tiny box, which, now that I think of it, is the size of a uterus (about the size of a fist). In it, I had written and folded up several little notes, each of them with something I would be losing. I decided I wanted to bury it under an angel statue in the prayer garden at my church. I had it all arranged in my head.

God, however, in His wisdom, made scheduling my version of this service impossible for several weeks. And as those weeks went by, I felt less and less inclined to do it my way. I felt less and less attached to my version of this event, and I felt like I wanted to give up control of this whole thing. This, as it turned out, was the best thing that could’ve happened, because if I’d had it my way, it would not have been nearly as meaningful.

Beth+ and I discussed this service beforehand, and I let her know that I wanted to hand it over to her. We scheduled it for the following Monday, and I spent the weekend praying about it. The main thing I prayed for was to be present. I’m very adept at shutting down uncomfortable feelings when they show up and I knew I just wanted to be present to whatever I experienced in the moment as we went through this. I also decided to invite a dear friend of mine who was going through a hysterectomy that Tuesday. She was feeling similar feelings of loss, and I felt it would be important for her too.

The night before, I wrote a letter. It was addressed to my Children Who Weren’t Meant to Be, from their One-to-Be Mother. It was hard to write, but I’m so glad I did. Strangely, in another one of God’s timing things, I had run out of my birth control a few days earlier and was having terrible cramps. I’m usually on continuous birth control and don’t have a period at all, so this was unusual. But I realized that this was actually a good thing. I kind of wanted to feel my uterus right then. I wanted to be able to feel it contracting, like it was laboring through it’s own emptiness and grief.

On Monday, I came into Beth’s+ office and she asked if I was ready. I showed her the box and the letter, so she could figure out where to include it in the service. When we went into the Nave, she arranged three chairs around the Mary altar we have in the corner, with a kneeler in the middle. As we sat down, before Beth+ even began talking, tears were rolling down my cheeks.

Beth+ talked about how she wanted this to be a special liturgy, just for me, one that had never been done before and would never be done again. She talked about Mary and Her pregnancy, how She may have had more children or lost children, how She walked with me through this. Beth+ had me kneel, and she anointed my forehead with oil. She had my friend put one had where my uterus is, and one hand on my back. Beth+ had one hand on my head and one hand on my hands and she prayed: for the Holy Spirit to heal the places in me that felt broken, the places in me that felt damaged; for those places to be filled with light and love; that she and my friend, as my sisters, were there with me, to walk with me through this loss. Then Beth+ asked me something unexpected, which was probably the most painful part of the whole thing: did I name any of the babies that I couldn’t have? I did. I said those names out loud, and we prayed for them. When I got up, we prayed for my friend the same way, with my hand on her uterus, and Beth+ anointing her with oil. Then we lit candles. Beth+ read the letter I wrote for me, because I couldn’t get through it. She held my hand the whole time. After that, we went outside. I hadn’t told her that I had picked a place under the angel statue, but that’s where she went. We buried the little box and the letter along with it. We commended it to the earth; ashes to ashes, dust to dust. We sang a hymn that my friend had picked out, and Beth+blessed the ground and us.

It was a beautiful service, and Beth+did it perfectly.

After everything, I sat in the church for quite a while. I knelt at the Mary altar, I sat in a pew, I sat in front of the main altar on the floor near the tabernacle, and cried. And cried.

Sometimes when I need comfort or guidance, I’ll say a prayer and flip to a random page in the Bible to see what direction God might give through His word. As I sat in the pew, this is what I saw, and I laughed through my tears:

But now hear, O Jacob my servant, Israel whom I have chosen! Thus says the Lord who made you, who formed you in the womb and will help you: Do not fear, O Jacob my servant, Jeshurun whom I have chosen. For I will pour water on the thirsty land, and streams on the dry ground. I will pour my spirit upon your descendants, and my blessing on your offspring. They shall spring up like a green tamarisk, like willows by flowing streams. This one will say, “I am the Lord’s,” another will be called by the name of Jacob, yet another will write on the hand, “The Lord’s,” and adopt the name of Israel. Thus says the Lord, the King of Israel, and his Redeemer, the Lord of hosts: I am the first and I am the last; besides me there is no god. Who is like me? Let them proclaim it, let them declare and set it forth before me. Who has announced from of old the things to come? Let them tell us what is yet to be. Do not fear, or be afraid; have I not told you from of old and declared it? You are my witnesses! Is there any god besides me? There is no other rock; I know not one.

God is with me, I need not be afraid. As someone once said to me, “Whether or not you have children, you are fertile.” There are many ways to give life to the world. I will figure out what my way is, at some point.

Right now I’m just grateful, for the opportunity I had to do this, a friend who did it with me, and a priest who treated it with such reverence, sensitivity, and importance. The way Beth+ treated this loss, always with such seriousness, gave it a validity that I needed to stop minimizing and denying the grief I really felt. It helped give me permission to open up to those feelings and be honest about them. I’m so thankful for that. And it makes me so thankful that I am in a church that ordains women, because a male priest, no matter how sensitive, just could not have helped me through this in the same way.

This was not a silver bullet, and I still have things to work through, but it did help me immensely. As painful as it was, it was equally healing.

For that, I can’t be anything but grateful.

2 thoughts on “The Mother’s Memorial”